New round led by private and institutional investors including Horizons Labs, TechNexus, and Associated Press

London (April 11, 2019) – Trint, the leading automated transcription and editing platform that counts some of the world’s largest media organizations -- including The Associated Press, Vice News, The Washington Post, and Der Spiegel -- among its enterprise clients, today announced that it has closed US$4.5 million in new funding from a group of private and institutional investors. The company has now raised a total of US$7.8 million since it was founded in December 2014.

The new round is led by a follow-on investment from Horizons Lab, the Hong Kong-based seed fund operated by the managers of Horizons Ventures. Institutional investors include TechNexus, a venture collaborative of entrepreneurs, engineers, and business leaders; and The Associated Press.

JJ Oslund, senior manager at TechNexus, spoke about the strategic investment in Trint: "TechNexus joined the round as both an investor and collaborator with enterprise partners, such as Shure Inc., committed to pilot and develop Trint's technology into new industry and market solutions." 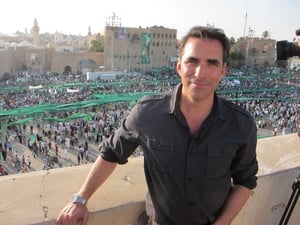 Trint CEO and founder Jeff Kofman was inspired to build Trint after spending 30 years as an Emmy Award-winning war correspondent and foreign correspondent with ABC and CBS News, during which time he estimates he manually transcribed thousands of hours of interviews. Trint is using the funding to enhance its A.I.-powered platform so that customers can extract even more value from recorded audio and video and unlock the emerging voice economy. In the coming months, Trint will launch a new suite of collaboration features that will transform workflows for large teams working with audio and video content and enhance their ability to work together on editing transcripts and publishing content. Trint will also be releasing a new tool that combines a video player with an interactive transcript, making recorded content searchable, discoverable, and shareable on the Internet.

“In the last century, the world communicated through text; in the 21st century communication is driven by voice and the spoken word,” said Kofman. “We’ve created Trint to go far beyond automated transcription, building the world’s first enterprise product for managing the workflow of the spoken word: letting users take raw recorded content, find the moments that matter and collaborate with others to produce content faster and more efficiently.”

He added: “Trint is focused on serving the needs of video production, brands, news organizations and researchers, allowing them to unlock the value of the spoken word like never before.”

Kofman also noted that Trint is one of a growing number of technology companies that have opted to bypass funding from venture capitalist firms to maintain focus on smart and steady growth and the development of the core product.

Since its 2016 launch, London-based Trint has grown from four to 45 employees, including seven employees in the company’s North American headquarters in Toronto. It has seen consistent double-digit growth in revenue since 2017 and is now used by more than a quarter million customers. It has been hailed as "by far the best automated transcription service" by The New York Times and an “unprecedented voice transcription technology” by Wired.

Trint initially launched with funding from the Knight Enterprise Fund, as well as early support from BBC Worldwide Labs and Cisco. In June 2017, the company raised US$3.1 million in funding. In July 2018, Google’s Digital News Innovation Fund awarded Trint a grant of US$360,000 to build an automated translation project in 100+ languages which is now in development. In 2018 Trint was awarded the "Gannett Foundation Award for Technical Innovation in the Service of Digital Journalism."

Launched in 2016, Trint is a productivity platform that takes professionals beyond automated transcription, changing the way they work with audio/video to produce content and insights. By combining a text editor and an audio/video player into one easy-to-use platform, Trint unlocks the value of the spoken word by letting users capture, find, and share the moments that matter. Backed by funding and support from Google Digital News Innovation Fund and the Knight Enterprise Fund, Trint is transforming the management of recorded content in 13 languages with a unique collection of features that includes multi-user editing of transcripts, recorded and transcribed phone calls with its iOS app, instant search of recorded content, and seamless enterprise workflow integration.