GEN Summit 2017: from VR and AI to fake news and bananas

Not even blistering temperatures could keep the media world away from attending the Global Editors Network Summit in Vienna this year. For us though, returning to GEN felt like returning home.

Since winning 2016’s Startup for News, we’ve been extremely lucky to have a supportive partner in GEN. So it was our pleasure and honour to not only exhibit but also have our CEO Jeff MC’ing one of the days as well (check him out doing his thing below ). 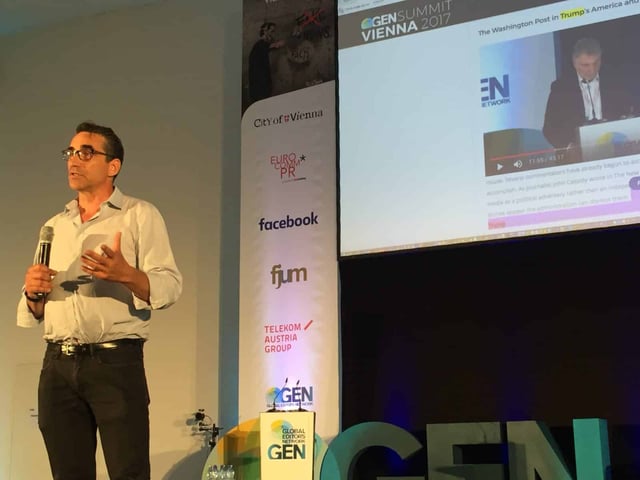 This year was particularly special as it saw us exclusively reveal our latest baby to the global crowd - the Trint Player! We’re very proud of this new addition to the family; a revolutionary feature that allows users to make recorded content searchable. It means that all of the keynotes and panels are searchable and shareable within just a few hours. In fact... ta-dah! 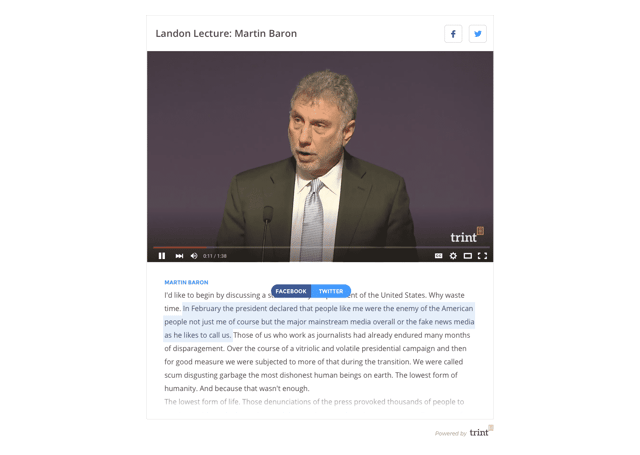 Thanks to GEN once again for giving us this exclusive space to showcase our Player - the feedback has been overwhelming. We had lots of fun in Vienna, from handing out our energy-boosting swag (check out those #TopBananas) to being able to see some amazing talks on what the future holds for media and journalism from the likes of Amy Webb, Ben Smith, Peter Bale to name just a few. 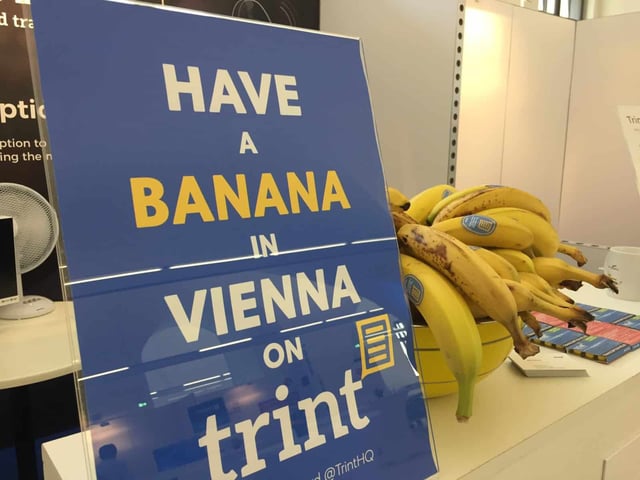 Have a Banana in Vienna on Trint 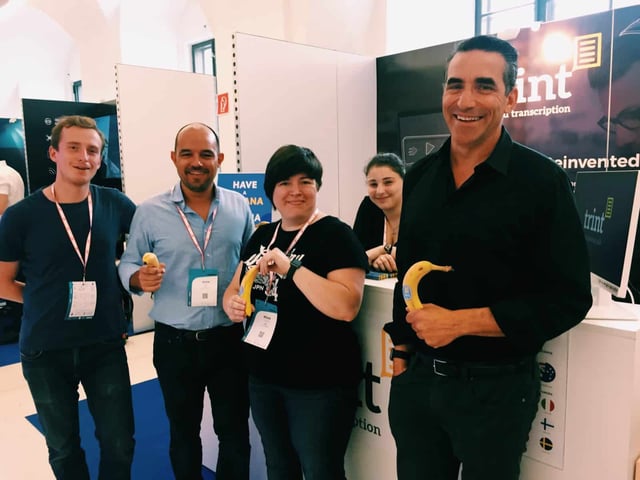 For more than 30 years, Jeff was a war correspondent and foreign correspondent in the US and Canada. He has reported from more than 40 countries for ABC News, CBS News and CBC News. He covered the Iraq War and the Arab Spring – he won an Emmy for his coverage of the fall of Libyan dictator Muammar Gadhafi. In his ten years as ABC News Correspondent for Florida, the Caribbean and Latin America Jeff reported on coups, revolutions and guerrilla wars. Find Jeff on LinkedIn