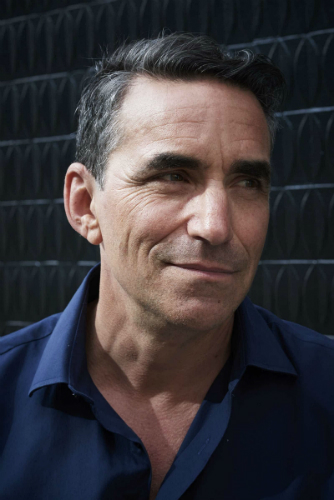 Jeff Kofman, CEO and founder of Trint,has lived the workflow that Trint is transforming. In more than three decades as a reporter, foreign correspondent and war correspondent he estimates he has manually transcribed thousands of hours of interviews, speeches, lectures and news conferences.

Jeff has reported from more than 40 countries for ABC News, CBS News and CBC News. He covered the Iraq War and the Arab Spring – he won an Emmy for his coverage of the fall of Libyan dictator Muammar Gadhafi. In his ten years as ABC News Correspondent for Florida, the Caribbean and Latin America Jeff reported on coups, revolutions and guerrilla wars.

He has covered many of the biggest stories of our time including the Gulf Oil Spill, the Chile Mine Rescue, Nelson Mandela and Fidel Castro.

Jeff broke the speed of sound in an F-16 jet (yes, he threw up!), travelled to the bottom of the ocean in a scientific research sub, and reported from a long list of exotic locales including the Amazon, the Galapagos, Patagonia and the Bolivian jungle.

Attention Students And Researchers: Save Time With Automated Transcription

GEN Summit 2017: from VR and AI to fake news and bananas